As it’s that time of year again for Sandown’s Live Music Nights. I thought I would reminisce  on last years trip to see the Kaiser Chiefs…

I raced home after work one Thursday night in August, quickly changed and jumped on a train to meet Matt at Sandown Park Racecourse in Esher, for a night of horse racing and live music.

We’ve visited Sandown quite a few times now, for both race days and live music nights. It’s a great venue and a fun, local day out for us and our friends.

I found Matt and we made our way across the field, into the venue, in the search of food..and drinks! 😉

Sandown have quite a few food stalls dotted around, as well as a brasserie, or if you like something a little more fancy, they do have Equus, a fine dining restaurant.

As it was still warm, we thought we would make the most of the summer night and decided to have a bit of a picnic on the grass outside. We went for burgers and chips from the food van along with a couple of glasses of fizz from the Prosecco stall. (Prosecco on tap..if only I could have this in our kitchen!)

After our food and lazing in the sunshine, we met up with our friends Spenno and Charlotte and checked out the horses before the first race. 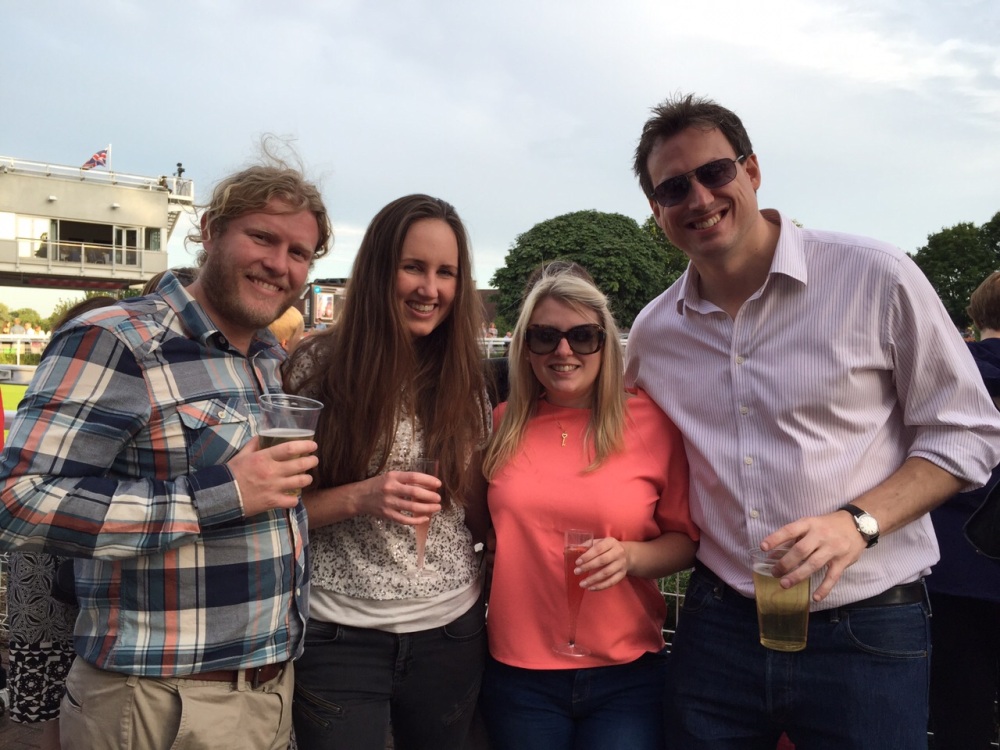 Spenno, Charlotte, Me and Matt

Spenno plays rugby with Matt and Charlotte, Spenno’s girlfriend is the rugby team’s physiotherapist. They are great friends and we always have such a laugh with the two of them 🙂

We placed bets on every race, but unfortunately no big wins, still a lot of fun though!

It was then time to make it over to the main stage, ready for Kaiser Chiefs to start.

As you can see, we were stood somewhere in the middle of the crowd. I was a bit shocked by the vast age range of people who had come out to see them, there were young children all the way through to people in their sixties, maybe even older. I love that though. I started seeing concerts at a young age and I absolutely love music, live music especially.

The last time I saw Kaiser Chiefs was at the Isle of Wight Festival in 2011. The crowd was obviously much bigger, lots of ‘pogoing’ (jumping up and down on the spot) was going on and there were even a few mosh pits. This was also a time before Ricky ‘got hot’ and became a household name from being a coach on the Voice. Their slot was crazy, full of all the songs people could sing/shout along to, the atmosphere was electric and the band were full of so much energy, I was hoping Sandown would be the same, if not very similar.

But they started off a bit mellow, I don’t know if it was the band or the crowd, but there wasn’t the same atmosphere as I had experienced before. Also I hate to say it but Ricky seemed just a little bit full of himself, he wasn’t the same person who I had seen only 4 years previous, at one point he had a bit of a moan that we (the crowd) weren’t getting into it enough, however I don’t know if that was a sarcastic comment or if he really meant it. But once the sun went down, people had had a few drinks and they started playing their hits which everyone was jumping around and singing along to, things got a lot better. 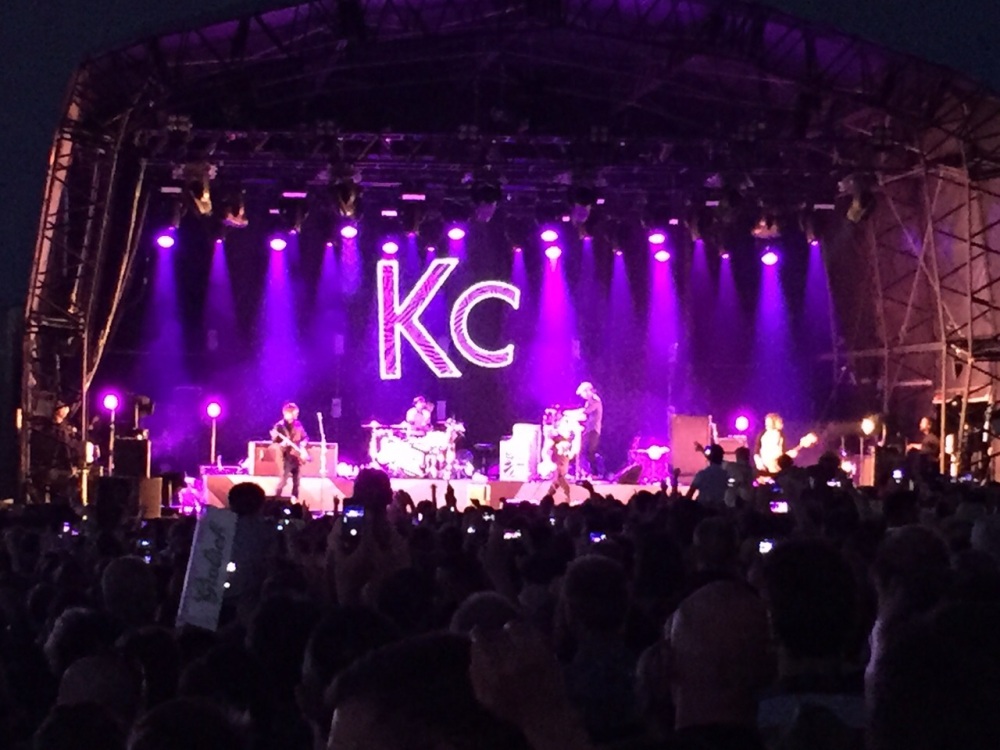 Us 4 were loving it though and we continued to bounce around and belt out the choruses to ‘I Predict a Riot’, ‘Ruby’ and ‘Everyday I Love You Less and Less’ as if our lives depended on it. Nothing to do with the Prosecco I’m sure ;-p 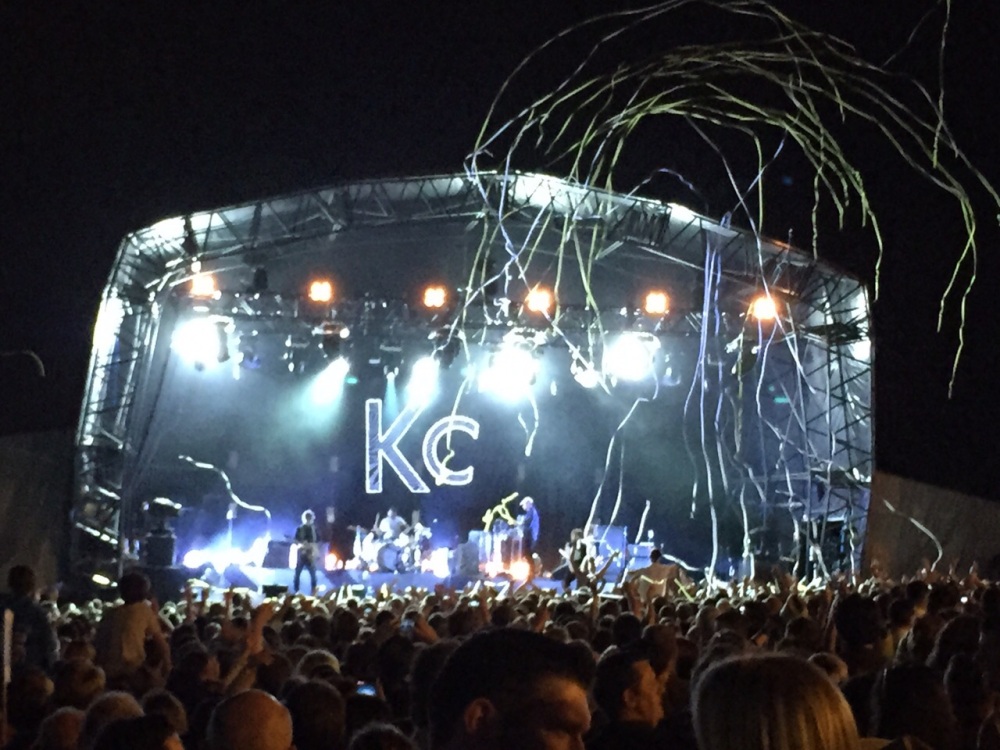 All good things must come to an end though and before we knew it they were playing their last song, streamers were going off and I had to enjoy my last pogo jumps of the night. ha.

I would definitely recommend a race night with live music, it’s a bit different to a full race day but still such a fun night out with friends and we are already looking into this years options! I think it’s Jess Glynne, Busted and Bryan Adams. So we/you better get your tickets quick before they sell out!