We grabbed a take away breakfast of croissants and tea, from The Encore Lobby Cafe and made our way to the pool area, where we managed to get the perfect 2 sunbeds which we knew received the sunshine all day. Perks of waking up early for once!

We ended up having yet another lovely lazy day around the pool, drinking cocktails, reading our books, swimming in the warm water. It was so nice knowing that it was constantly sunny and we barely ever saw a cloud in the sky! 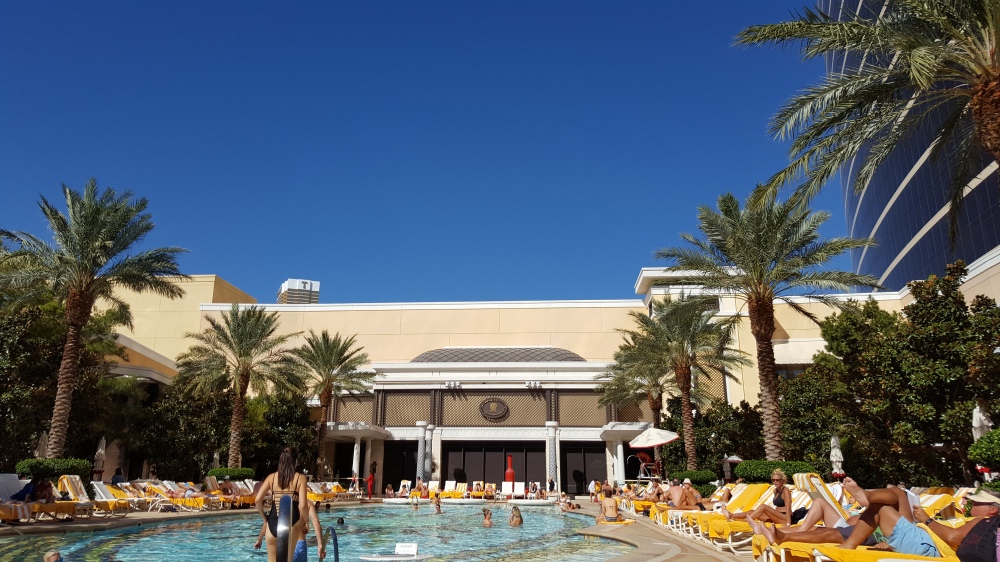 As we had been at the pool since early morning and we were feeling a little peckish, we decided to pop inside for a bite to eat. We just thought we would go to one of the bars on the casino floor for a couple of small sharing plates but look at the size of this feast!

We did a bit more sunbathing and had a little swim to burn off the calories and then decided to get ready early for the evening ahead as Matt had mentioned that he wanted to watch the Packers game.

As we had enjoyed it so much on our first day and we love the atmosphere of watching American sport at a Sports Bar, we decided we would head back to Blondies for drinks and to watch the game.

This time around the place was packed with people, most of whom were Packers supporters, but we still managed to get a table right in the centre of the action. Bit of a different experience to our first night, but still a lot of fun! We grabbed a couple of drinks and soaked up the excitement. Of course I can’t go a day without buffalo sauce, so we may have ordered some Chicken wings and curly fries to snack on too. 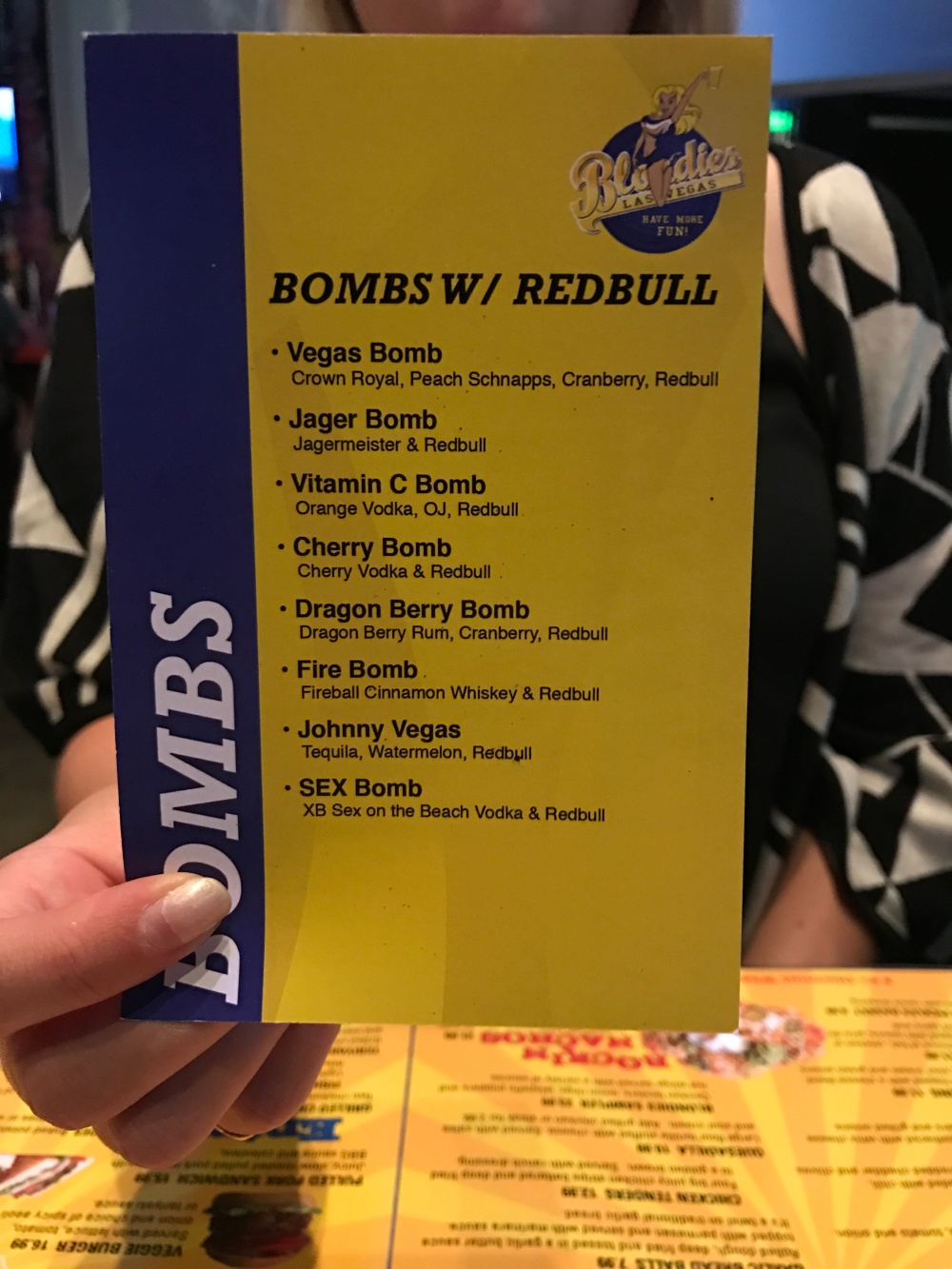 We couldn’t stay and watch the game all night though, as we had tickets to see Penn and Teller at the Rio Hotel (which is just off the strip) at 9pm. 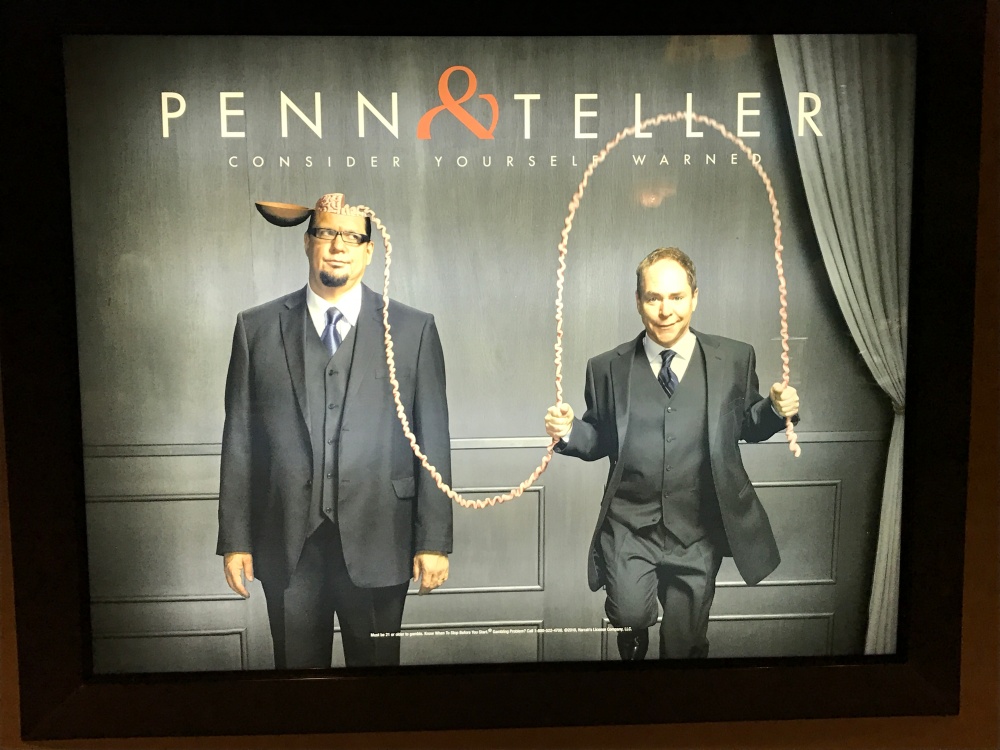 Penn and Teller were amazing and I loved that they did old school magic and kept it simple with no big fancy sets and gimmicks. We saw David Copperfield back in 2012 and even though his show was amazing it was a bit too OTT. So it was nice to see amazing magicians keeping it simple. Also loved the amount of audience participation, especially as we had great seats just 10 rows from the front! Would definitely recommend seeing them if you are in Vegas and fancy something a bit different.

Taking a look at the props before the show began! 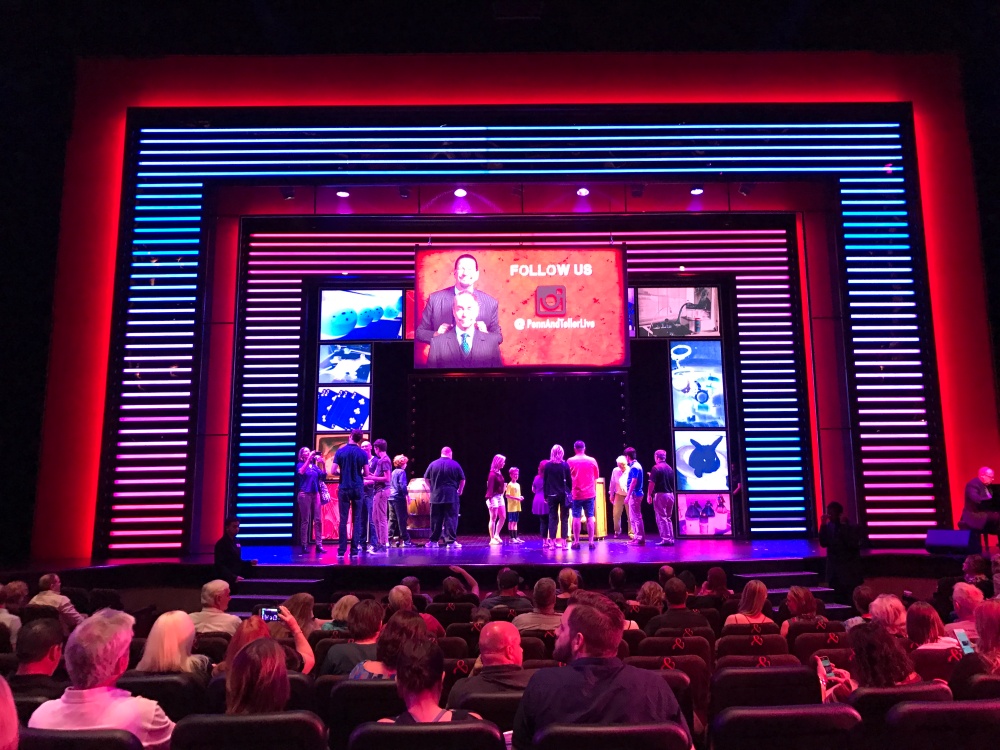 After the show they were meeting fans outside the theatre, so we got pictures with them which was pretty cool and really nice of them to do. They just seemed such genuine down to Earth people and not wrapped up in their celebrity status at all.

The Rio Hotel was pretty quiet, nothing like the craziness of the hotels on the strip so it was quite nice to have a leisurely wonder around. Which is when we found KISS Crazy golf, which looked too good to miss. So we ended up playing 18 holes, in neon lights while rocking out to KISS songs. It was a lot of fun…even if I was pretty terrible at the golf part! 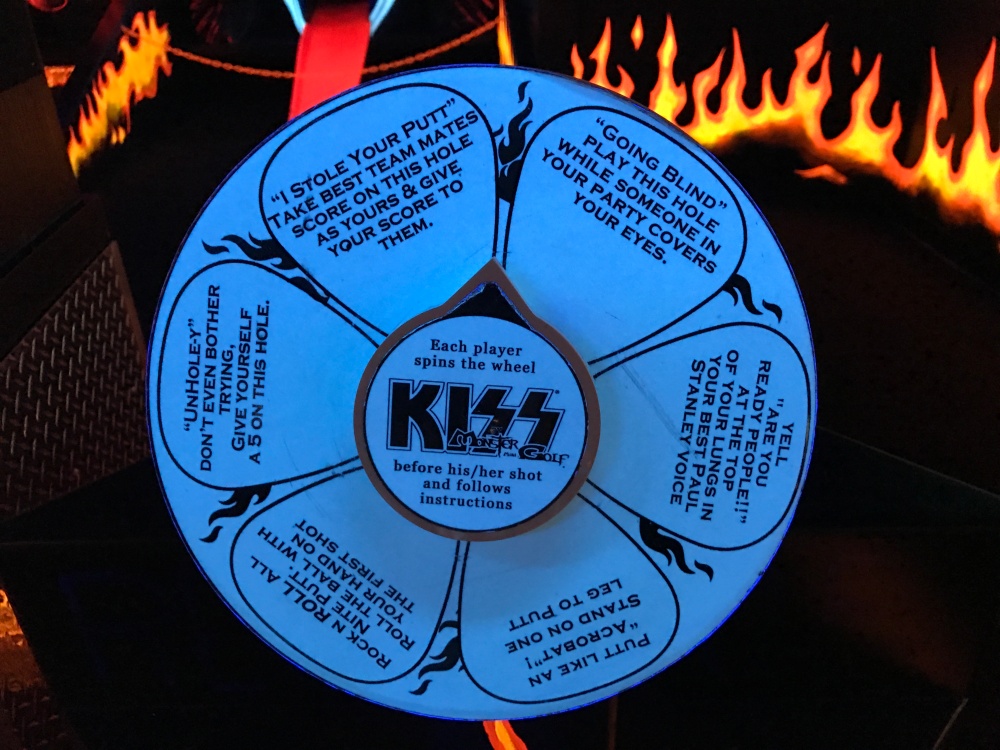 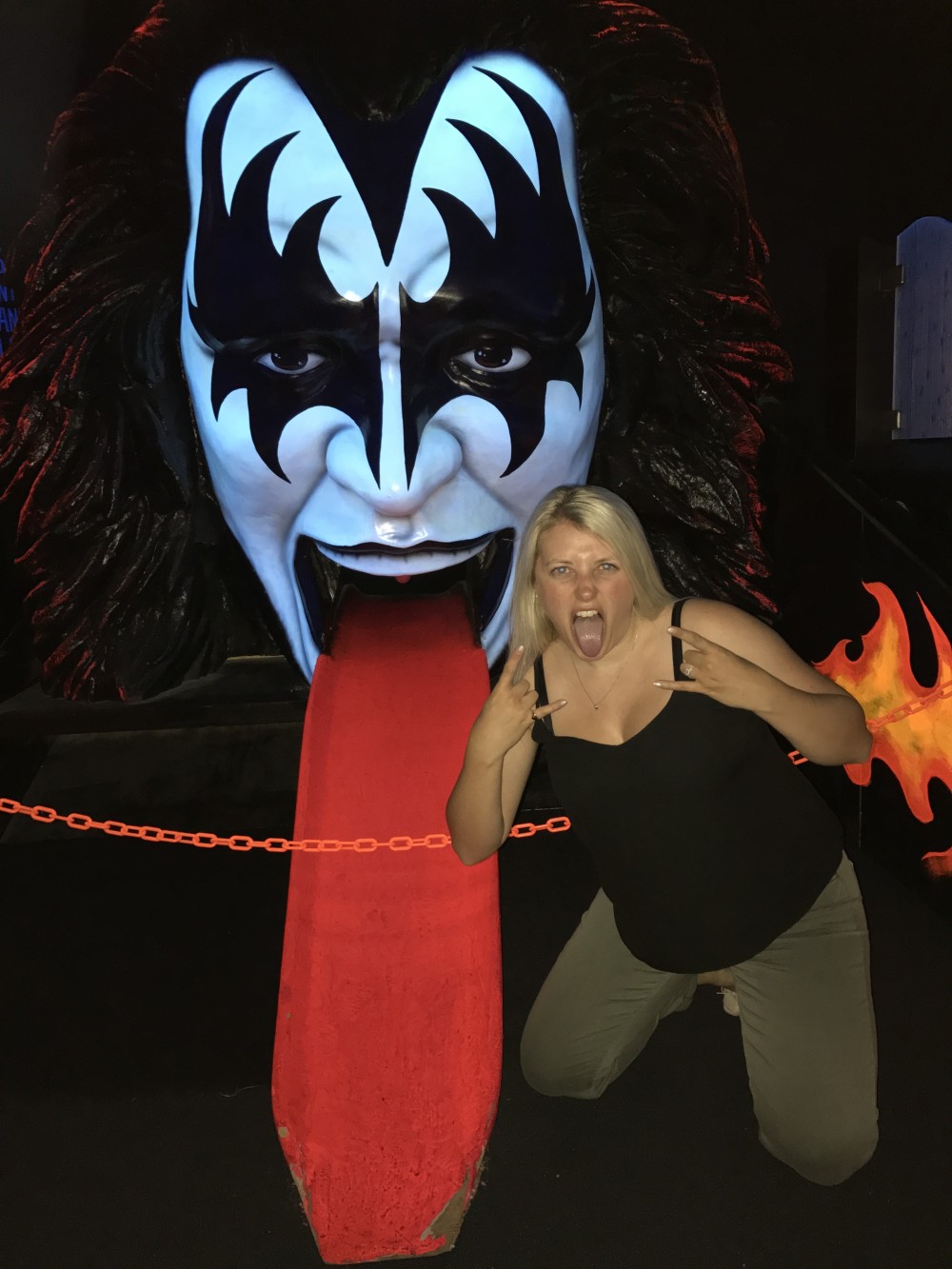 We got back to our hotel around midnight and decided to do a bit of gambling before calling it a night. I got very excited when I won $150 on the wheel of fortune, only for the guy next to me to win $4000!! But hey I still won and actually that was the best I did all trip 🙂 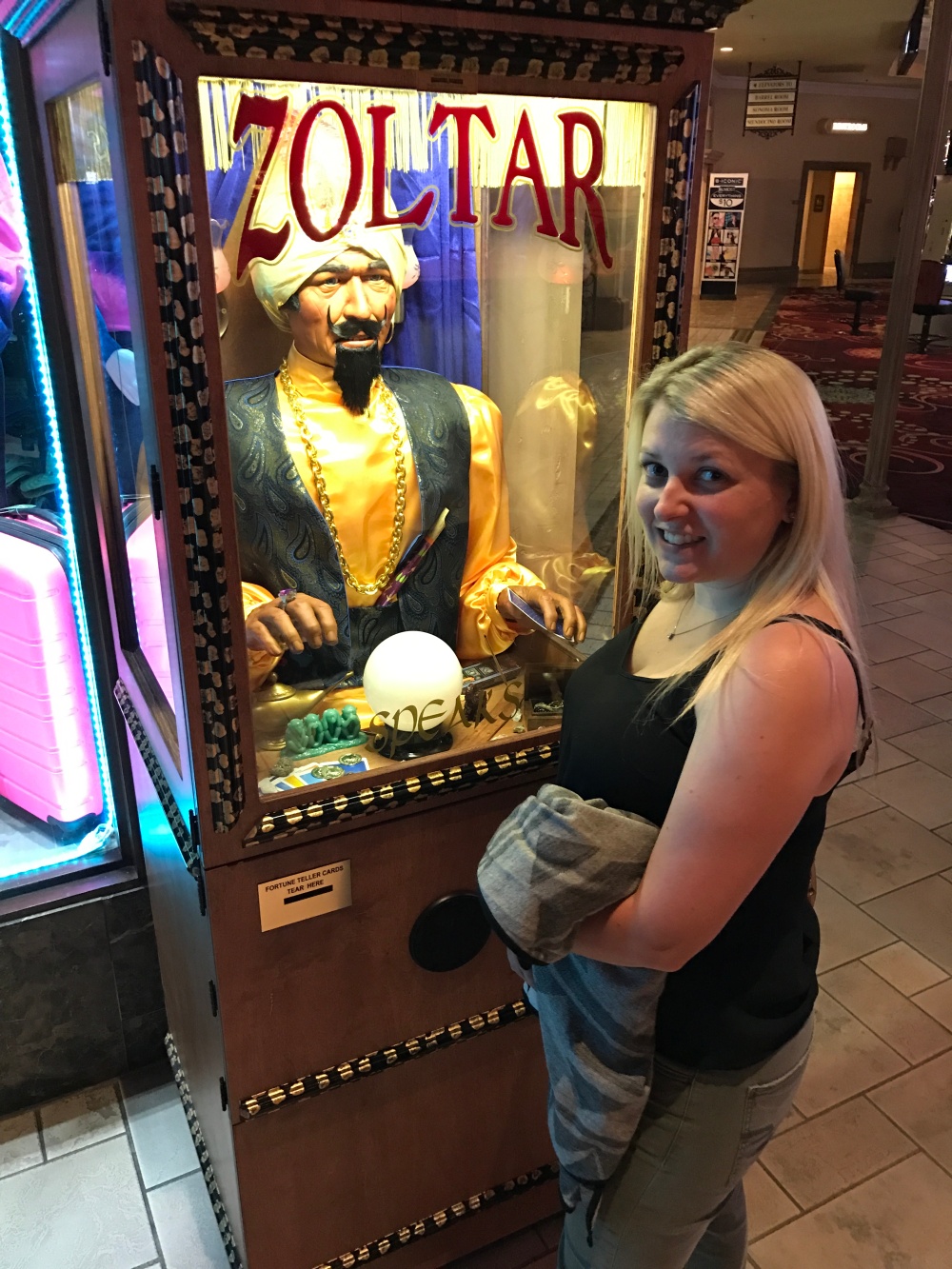 I always ask Zoltar what my future holds 😉