Ever since we booked it, I felt like an excited child counting down the sleeps until both our wedding and honeymoon.

For our honeymoon we had planned a week in Orlando, Florida, followed by a week in The Bahamas and we couldn’t wait. Neither of us had visited The Bahamas before, but I had visited Orlando once, 15 years ago! I kept wondering how much had changed or how much of it I would remember. I also wondered how it would feel, visiting as an adult with my husband rather than as a child with my family.

I was so excited for our honeymoon that I had planned our itinerary months in advance. Matt thought I was a crazy lady but for those who don’t know, Disney planning is full on! You need to plan out what days you are visiting each park and even what rides you want to go on and where you want to eat! Of course you don’t have to be this organised, but then you will end up queueing for hours for attractions and you won’t get to eat in any of the table service restaurants. Luckily Matt let me plan a crazy busy week, fitting in as much as humanly possible knowing that we had a relaxing beach week to look forward to afterwards.

For Disney Parks, you can book reservations for shows and restaurants from 180 days in advance of your trip and believe me you need to, especially for the popular places such as Be our Guest, Cinderella’s Royal Table and The Crystal Palace restaurants. Included with your park tickets you also have the use of FastPass+ which means you can pre book times for your favourite attractions from 30 days in advance.

I found that the best way to book all these things was to download the My Disney Experience App to my phone. You link your tickets to the app and then you can easily make selections and bookings. Then when you are actually at the parks you can keep track of ride wait times and it will tell you when your FastPass+ reservations are along with so much other stuff. Very handy and all the parks have free WiFi so no need to worry about data charges. 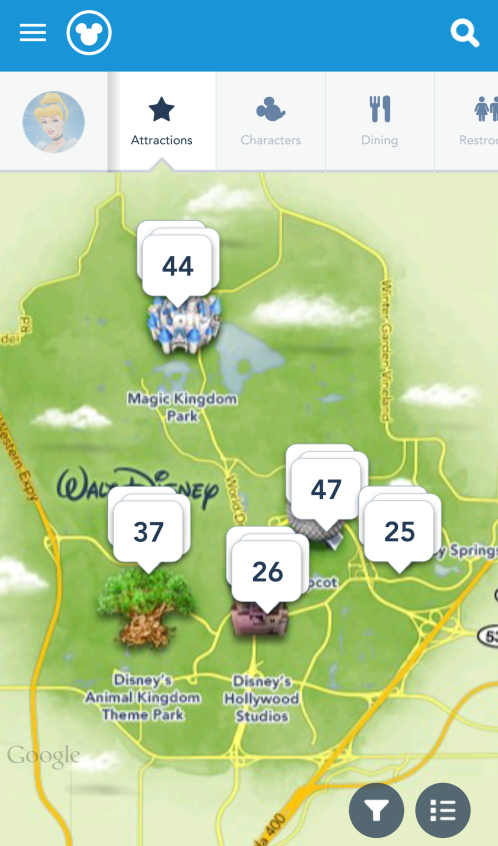 Universal Studios also has an app which we downloaded, however they don’t do their FastPass+ the same way and most of their restaurants you can easily book, there’s no mad rush like at Disney!

The countdown seemed slow to start with but then before we knew it the weeks were flying past, the wedding was sadly over and finally the day had come to begin our honeymoon!

We live very close to Gatwick Airport, which is a bit of a bonus and means we rarely experience that crazy holiday madness of actually getting to the airport. I still woke up like an excited 5 year old and annoyed Matt by constantly talking about our honeymoon plans and what I couldn’t wait for us to see/do/experience together, he probably couldn’t wait to get on the plane and put his headphones on!

We purchased a Go Pro as we wanted to film on as many rides as possible and then we chilled with a late breakfast and bubbles, finally toasting the start of the next two weeks adventures! Unfortunately about half an hour before we were due to board, it was announced that our flight had been delayed by roughly 3 hours, bit annoying, however it did give us time to figure out how the Go Pro worked!

Finally on board we had a nice flight. We had a tasty lunch, I opted for the chicken salad and we both watched a couple of films. Bad Neighbours 2 for the both of us which was OK but not as good as the first, but then when are they ever as good as the first? Then I watched Sisters, which I hoped would be really funny as it had the dream team of Tina Fey and Amy Poehler however it wasn’t the best and Matt watched Money Monster with George Clooney, which he said was pretty good.

It must have been about 5 hours into the flight when the turbulence started and I hate turbulence! I start panicking, I go clammy, I fear we are going to fall out of the sky, all the while Matt stays in the same position as he has been all along like nothing is happening. It makes me laugh as I really wish I could be the same but I can’t help but cling onto his arm as soon as the plane starts shaking. I always hope it’s just going to last a few minutes and then pass, but this time it probably lasted on/off for around an hour and at times it was so bumpy our drinks were spilling and even the cabin crew were told to sit down.

We landed in Orlando around 8pm and were treated to some huge lightning strikes on landing which, if we weren’t landing I would have freaked out about, however it looked really pretty as it fully lit up the sky and I was just happy we were almost off the plane!

We decided to hire a car for the week as we weren’t staying at a Disney or Universal resort hotel, so thought it would be the easiest way to get around and give us the freedom to explore as much of Orlando as possible. We decided to go for a Convertible Mustang, wanting to make the most of the Florida sunshine, but after collecting our luggage and making our way over to collect the car we started to worry that our luggage wouldn’t actually fit in it! After a bit of a shuffle and the bonus of me being short we managed to squeeze it all in and we could finally make our way to the hotel.
The next task was actually finding our hotel without a sat nav, as well as it being dark, driving on the wrong side of the road and both feeling pretty tired! Kindly the car hire staff printed us out the driving instructions and Matt got us to The Ritz-Carlton, Grande Lakes. 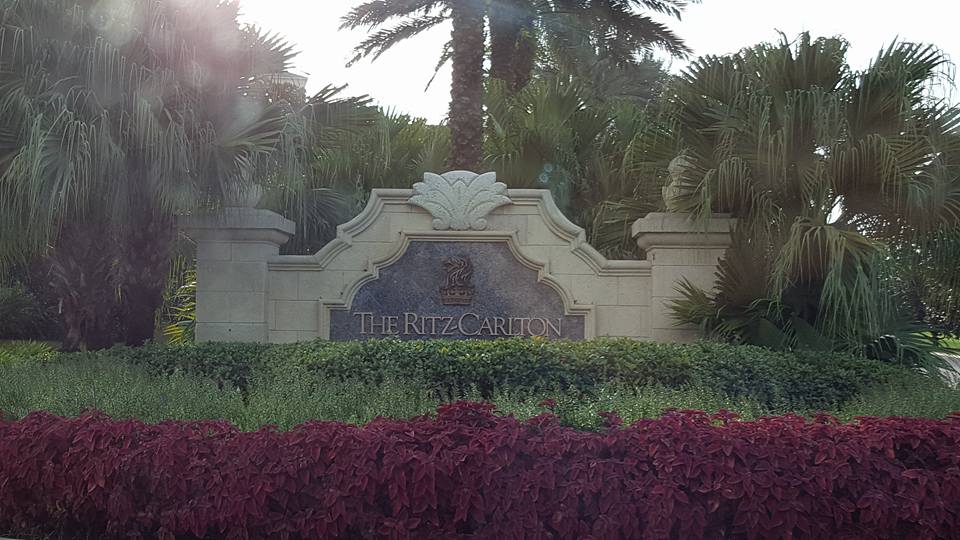 It was a beautiful hotel but I felt completely out of place looking dishevelled and tired in my comfy travelling clothes. But the staff were super friendly and got very excited when they realised it was our honeymoon. We made our way up to the 12th floor and both crashed onto our huge king sized bed exhausted but excited for the next day’s adventure.

So it’s 10.48 on an overcast Friday morning and I can say that in 5 hours and 10 mins I will officially be on holiday! 🙂

It’s been a while since I’ve been abroad and with all the stress of moving house (2 weeks before Xmas!) and how busy we have been since, this day has been a long time coming. Technically I have 1 more sleep ( we all still count in sleeps right? 😉 ) until we are ACTUALLY on holiday but hey once I’ve put the out of office email on, I’m already there..well in my mind anyway.

I guess I should tell you where we’re going..well we’re off to the great U.S Of A and I am beyond excited. We have been to America a few times, New York, Vegas, LA & Florida. (Vegas being my ultimate favourite!) However this time we start our trip in Chicago, home of Barack Obama, The World’s FIRST Skyscraper and one of my best friend’s, Christina!! ❤

I have known Christina for 4.5 years but it feels like I’ve known her a lifetime. When I first moved to London she totally took me under her wing and we soon realised we had a lot of the same interests; Cheese, Wine, Jo Malone and Musicals being top of the list and I really don’t know what I would have done without her. She is actually married to one of Matt’s best friend’s, Jason, which is how we got introduced, but it also meant we got to see each other pretty much all the time 🙂

Christina was born and bred in Chicago, however in her final year of uni she decided to study abroad and London was top of the list. She randomly met Jason in a queue for a nightclub almost 8 years ago and the rest as they say is history. They stayed in London until July 2014, when they decided to move back to Chicago for good. Cue lots of goodbyes and tears 😦 All I can say is, I’m very grateful for WhatsApp, Viber, Emails and Facebook, so we can still contact each other almost daily! BUT it’s not the same as seeing someone in person and so Saturday afternoon cannot come soon enough, food, bubbles and lots of hugs are already high on the list of our priorities. I’ve already pre warned Matt of the girlie squeals, hugs and non-stop talking that is bound to happen, I don’t think the same thing will happen between him and Jason.. but hey we will see! 😉

We have 6 days to explore Chicago until we jet off to New York for a long weekend. Matt has been to New York quite a few times now, however I have only been once before. We are actually going to New York for another of Matt’s good friend’s, Bruce wedding. Well it’s actually a celebration, he and his wife Erin eloped to the Caribbean on Valentines Day (how romantic!! ❤ ) so this is more of the after party..and I’m excited! Because of this reason though I don’t think we will have much time for exploring or sight seeing. Matt has a few friends he wants to catch up with and I think dinners, lunches or even brunches have already been booked for us..not that I’m complaining! So I think most of our time will be spent having fun with friends 🙂

Anywho I best be off, as 1. I’ve got work to do tut tut and 2. I have a list to write of the million things I need to remember and pack!! I’ve been a bit too relaxed about it for some reason!

I will take lots of snaps and share them with you when I’m back, promise!! 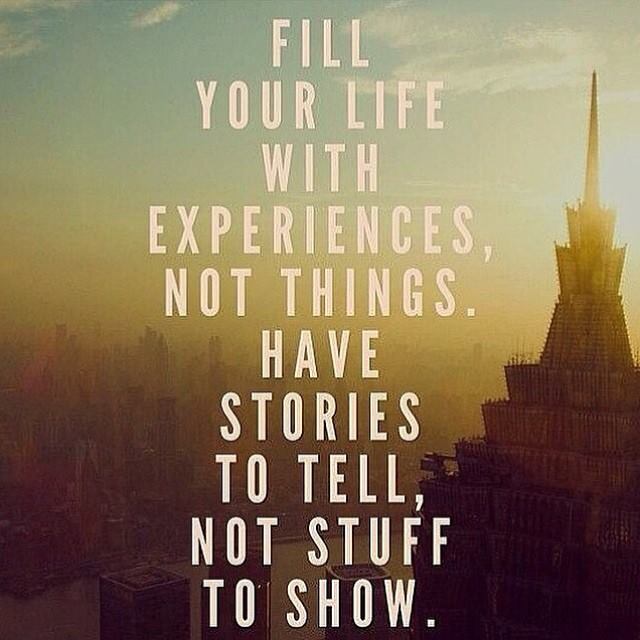